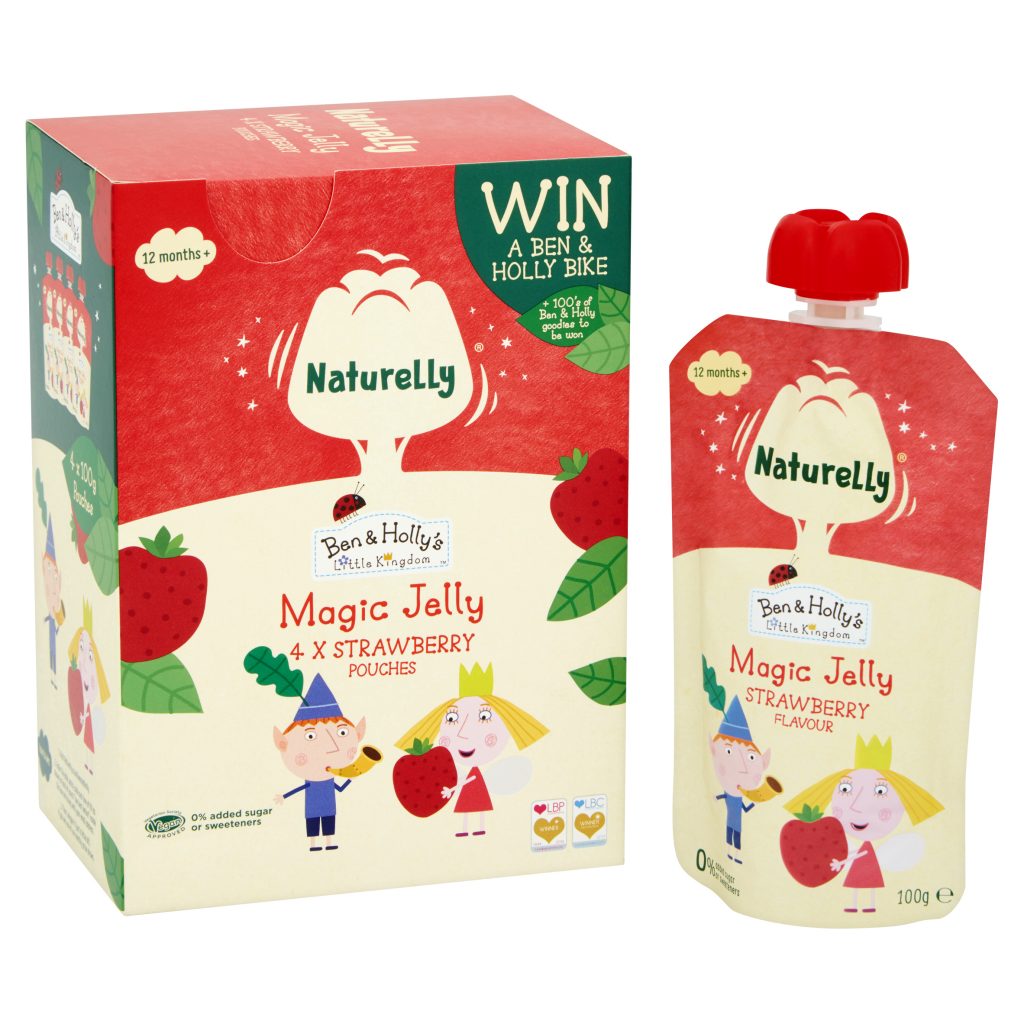 Naturelly has partnered with Entertainment One (eOne) to create a new line of jelly featuring its popular preschool property Ben & Holly’s Little Kingdom. The partnership will mark the Ben & Holly brand’s entrance into the food aisles initially launching on Ocado https://www.ocado.com/search?entry=Naturelly

Naturelly have created a special ‘Magic Jelly’ for kids aged 12 months + in two new flavours; Strawberry and Blackberry. The flavours are inspired by ‘The Fruit Harvest’ episode in the animated series when Mr Gnome can’t resist eating all the strawberries and blackberries that he is helping to pick on harvest day.

As with all Naturelly juicy jelly snacks the new range for pre-schoolers will have no added sugar or sweeteners, only 36 kcal per 100g pouch, 100% RDI of Vitamin C and are Vegetarian society and school approved.

Ben & Holly’s Little Kingdom is a BAFTA and Emmy award-winning animated series that airs daily on Channel 5 Milkshake and Nick Jr. Jelly is a recurring theme in the show and one of the main characters, Nanny Plum, often creates a ‘Jelly Flood’ with one of her magic spells. 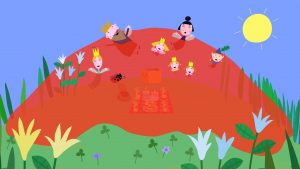 The Magic Jelly will be available from August 2017, just in time for summer picnics during the school holidays and Back to School lunchboxes. The new range also includes an exclusive on-pack promotion; fans of the show will have the chance to win a Ben & Holly’s Little Kingdom bicycle or 1 of 100s of Ben & Holly Goodies including toys, back-packs and DVDs. To find out how to enter click here

Dean Dempsey Naturelly Founder comments: ‘We are totally thrilled to be partnering with eOne to bring the Ben & Holly’s Little Kingdom brand to our lunchbox snacks. We share the same brand values; playfulness, adventure and exploration and we believe that the Magic Jelly will be a fun treat on days out or after activities for kids aged 12 months plus.”

Katie Rollings, Head of UK Licensing at Entertainment One comments: “We’re delighted that Naturelly has selected Ben & Holly’s Little Kingdom as the license for its new line of jelly. Magic Jelly is a frequent source of humour in the series and the synergy between our two brands makes this the perfect fit for the property’s first food partnership.”

Notes to the Editor